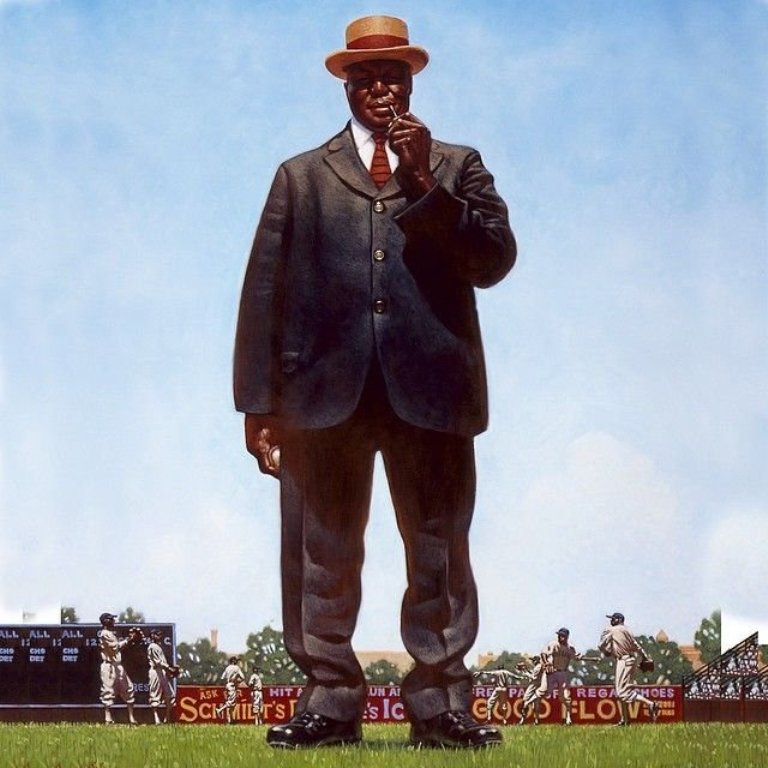 Andrew Rube Foster was a very Big Guy. He stood 6 feet 4 inch tall and weighed in at over 203 lbs. By any standard you choose, that body type is intimidating, especially for a baseball player in the early 20th century (1900's). He had a , instinctive, understanding of how important the game of baseball was to blacks and he, single-handedly, pioneered what is now known in Baseball History as “The Negro League”.

Professional baseball, at the time, was considered a White-men-only sport and a color barrier was imposed, specifically, to protect the white ball players from competing against black ball players.

Rube saw the connection between playing baseball and the movement towards social and personal freedom for blacks.

In order for the game to grow the executive in him embarked on a marketing campaign for the Negro League and he used Barnstorming as his vehicle to success.

Rube was one of many Black baseball player trying to make a living playing baseball, through a time in history fraught with physical peril for blacks, (The civil war era, 1861 through 1865- & Jim Crow).

As a die-hard lover of the game of Baseball I am continually amazed at this fact and marvel at that group of black Athletics who would not only play the game under these conditions but play it at such a high degree of proficiency.

I like to view that fact as a tribute to both the player and the game itself. Rube understood the symbiotic relationship between He and the Game and recognized the power that came with being a team owner.

He knew that the Baseball diamond would became the battlefield where blacks and whites would compete for, baseball, jobs in the early 20th century.  Knowing this he continued to embrace baseball even after black ballplayers fell victim to the newly imposed “Gentlemen’s Agreement” that banned blacks from, American,  professional baseball.

He responded to that move by immediately moving forward with the introduction of the Negro Leagues. 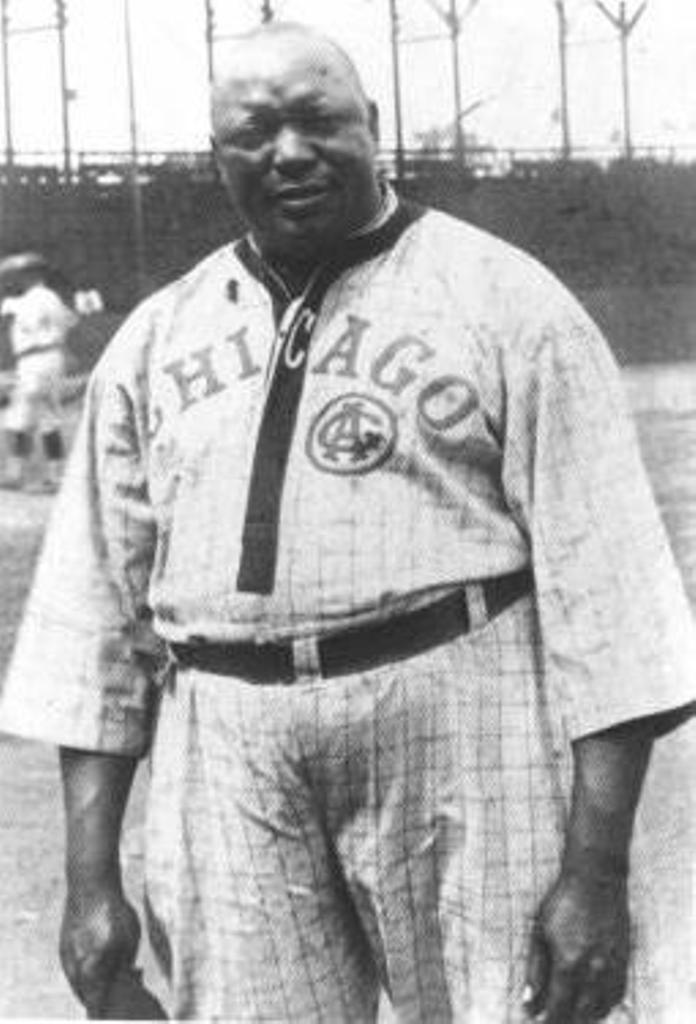 Rube started his professional climb in 1897 and learned his craft from his exposures to guys like Walter Schlichter and Nathan Calvin “Nat” Strong. Both of which were experienced baseball executive with far reaching ties throughout the business community. Lessons learned from these two relationships  formed the template from which he developed his foundation for the business of Baseball.

It was a time in history that called for special people and Rube was the man to answer that challenge.

Rube’s size, although intimidating, wouldn't properly define him during his baseball career. It was, in the end, his historical impact on the game of "Baseball" that, for me, made his story worthy of revisiting. 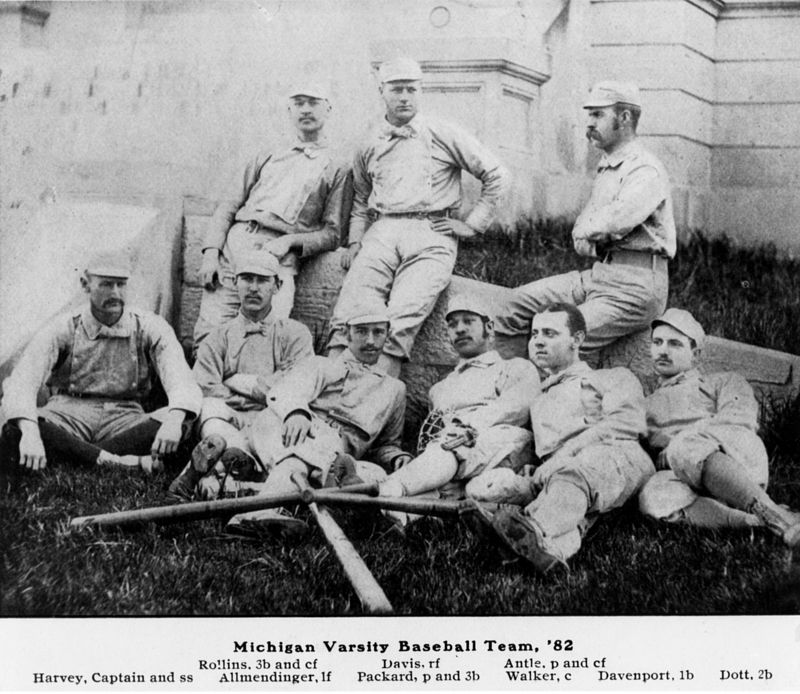 Rube Foster was a disciple of and acquainted with Moses Fleetwood Walker. But unlike Moses, Rube was a dark skinned black which, at the time, was a disadvantage for a black ball player. His dark complexion made him especially ominous to most whites.

But let's be honest with ourselves, we have been taught that Big and Black is more intimidating than Big and White and that is coming from the author of this article who was born Black.

Because of his dark complexion Rube would never be able to hide inconspicuously on the field, as Moses was able to do, without causing  considerable controversy.

Moses was 25 years older than Rube who was born October 7th, 1856. Moses knew most of the ball player playing in the negro leagues and Rube was one he knew well. Rube Foster was born on September 17th, 1879 and had a reputation and was know for hustling spots on baseball teams when he was a teenager.

At 18 he started his professional career with the Waco Yellow Jackets, an independent black team, in 1897 and was soon asked to play and manage the Chicago Union Giants.  Rube managed a Chicago club, The Pythian's, and asked for their inclusion as a professional team at Baseball's December 1867,  Annual meeting.

In response the NAABP unveiled the "Gentelmen's Agreement" that banned any professional team from employing Blacks.

He was an "Entrepreneur" who recognized the value of being able to play baseball at a high level.  His love for playing baseball coupled with being classically educated gave him a unique view of the symbiotic relationship between Blacks and the game of Baseball. To him the game was simple and clear and you needed to do three things. First you needed to have a team, then be able to get the best ballplayers and lastly take them on the road and beat the pants off of every team that took the field against you.

Rube was very good at doing just that and understood that everything after that would be a matter of running a successful  business. 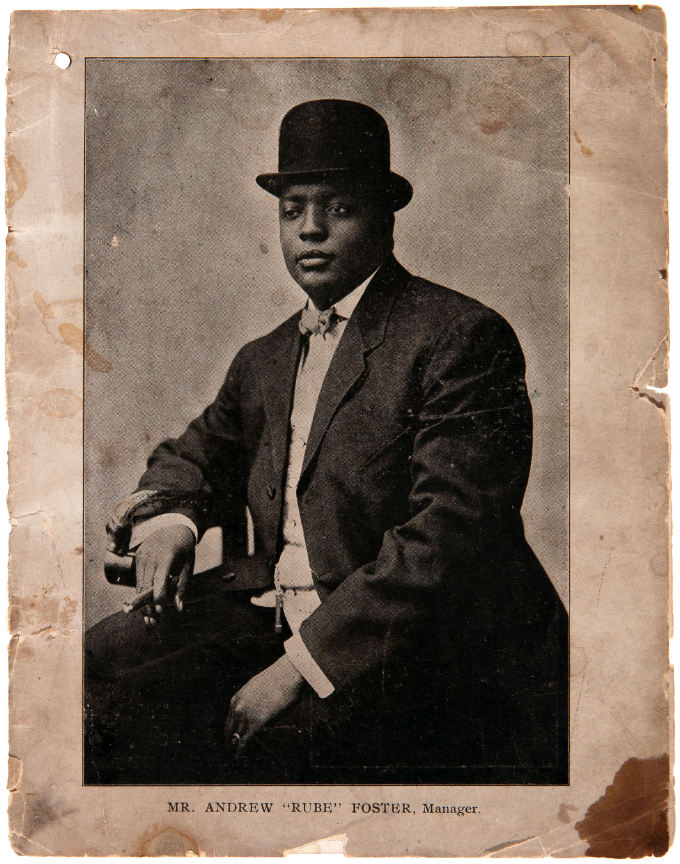 Photo credit and image courtesy of Negro League Hall Of Fame. This extraordinarily rare sixteen-page program, published in 1909 by the Leland Giants Base Ball and Amusement Association, is notable for the photo of team manager Andrew "Rube" Foster on the cover.

Did I say that he was a Big Guy? Rube was as big as any of today’s Big money stars, Giancarlos Stanton, Bryce Harper or Aaron Judge. But in 1902 a big black guy would be viewed as intimidating or even downright scary.

On the field he knew it was a advantage and he would use it in every way he could.  He introduced, what many now refer to as,"Small Ball" by using speed and base stealing to disrupt his opponents. Many times runs would be scored just by causing errors from bad throws and causing, all out confusion.

It was Rube Foster's skills in business that separated him from the crowd. Many would say that he had the special midis touch but in reality it was simply a matter of hard work.