First 5 Black Baseball players
to Make the Hall of Fame

By far the most recognizable famous Black Baseball Players is Jackie Robinson. I know, that is pretty much a no-brainer, but nobody really remembers much after the first. 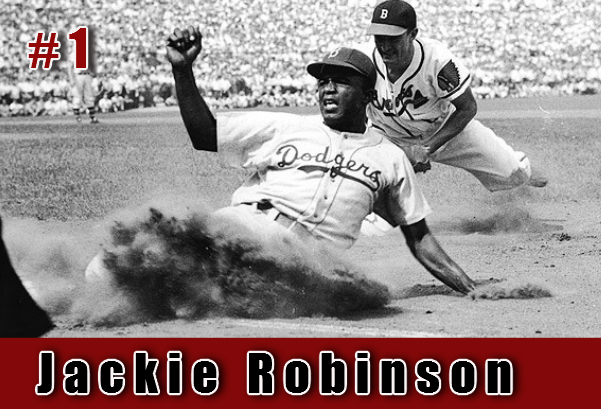 From; BenjGC @ SBNation;  "The integration of baseball led to the inclusion of some of the game's greatest all-time contributors, who thrilled us with power, speed, daring, and flair. We're now 66+ years deep into a baseball landscape that includes black players, and it can clearly be said that the game is better for their participation".

I love that quote because baseball, the game I love, can only expose its true beauty when the best of the best come to play.
My mission here is pretty simple, show you a list of the first 5 black halls of fame inductees' but I want to do a little more than that.

This article not simply a fancy research paper on famous black baseball players but rather a platform for me to share, my personal, commentary on the insidious Cancer that infected the Game of Baseball.

But more about that later, let's take a look at that list of 5 famous black baseball players.

Famous black Baseball players
and the cancer of baseball

When you look at the full list of famous black baseball player you will find there is currently 23 (As of 6/16) black ball players holding a spot in Cooperstown. The total number of inductees into the baseball hall of fame is over 310. The numbers, for my purposes, are not significance but rather they reveal cancer that affects the growth of the game.

Baseball history in America goes as far back as 1755 and young black boys and girls along with young white boys and girls were playing baseball from the games very beginning.

The game was paradise for the athletics who loved to play this new game and it grew like a Weed.

It did not care if you were black or white, young or old, strong or weak, big or small, the game of Baseball made room for anyone who wanted to play.

By 1886 we discovered that money could be made by charging a fee to watch athletics play the game. Baseball became a Business and along with it came Greed, a cancer that stained the game and stunts the growth of Baseball, even today.

Famous black baseball player only exists because they continued to play the game in spite of the restrictions.
But the true damage was suffered by the athletics themselves.

The very nature of an Athletic is to compete and they are at their very best when they compete against the very best. That opportunity to play against the Best of the Best, for both black and white, did not become reality until 1946.

what would Baseball be if?

Imagine, if you will, what Baseball would be like today if, in the beginning, the Best of the Best were able to test their skill against each other. Baseball would be played as it was originally intended and the gifted athletics would take our game to levels never before seen in the sport.

How about a headline reading "Cy Young vs Satchell Page in game 1 of  1903 World Series" or "Babe Ruth faces off against Josh Gibson at the Polo Ground opening day".

The possible match-ups would have been nothing short of spectacular and the game would be richer for it. Somehow we have totally missed what the game of baseball has been telling us,"The differences don't matter".

Baseball teams regularly bring together people from diverse backgrounds striving for a common cause, which in the best of circumstances results in the quintessential melting pot. But when the dynamic changes and the bonding element is replaced by the fire of competition, a different kind of brew arises and sometimes boils over.

What boils over, however, is not Baseball it is Us. Baseball gives us a blueprint, on how to embrace those differences but it is up to Us to recognize what it teaches us. New York Style Baseball is played across several continents and by people of all faiths and religions. but the game, itself, is owned by nobody.

Famous Black Baseball Players helped to raise the quality of play on the field and expose the beauty that lies within.
The future of our game rests firmly in our hands. How we handle racism and greed will determine our future.