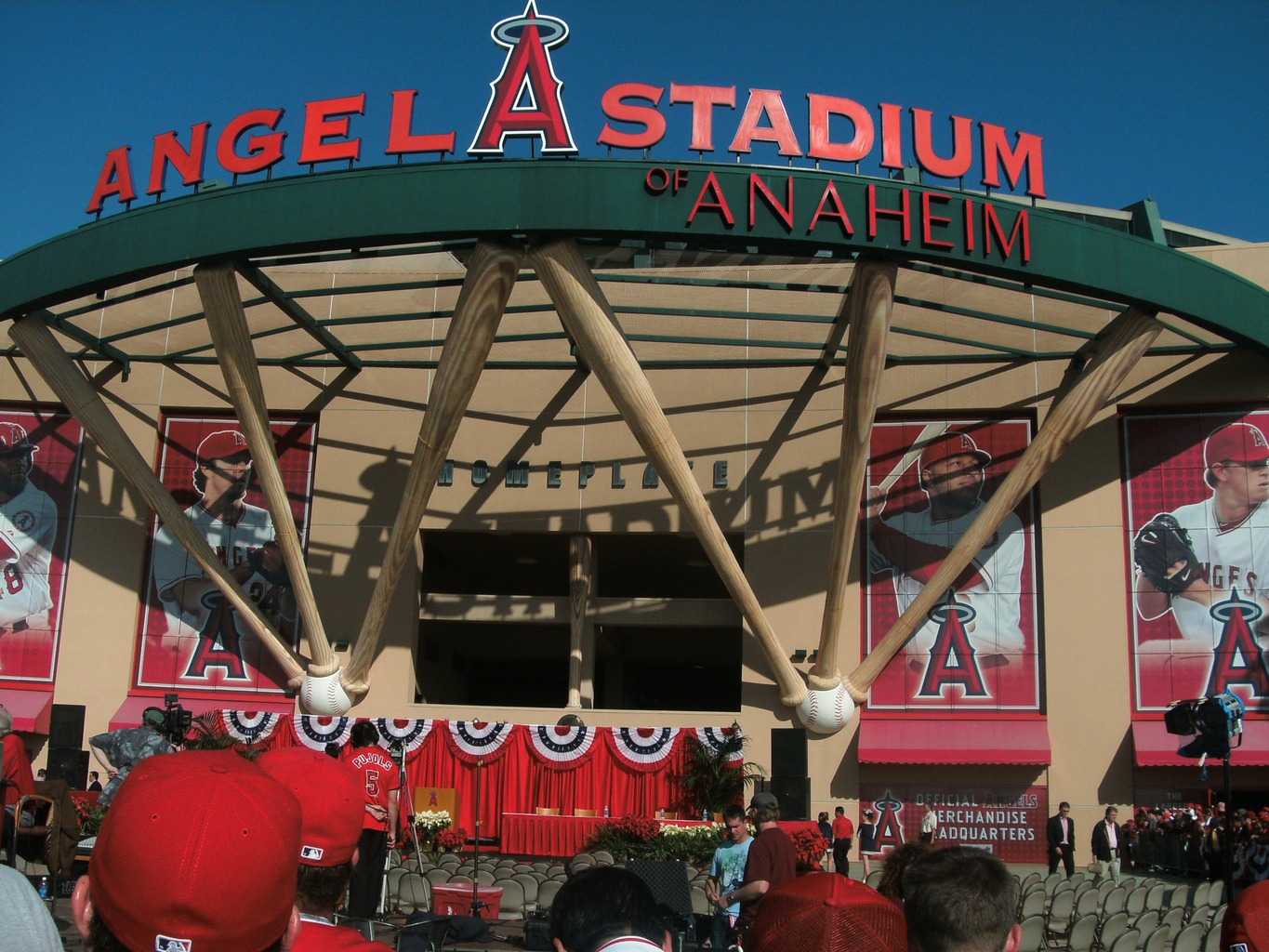 Anaheim Stadium, built in 1966, is the forth-oldest active Major League Baseball Stadium behind Fenway Park, Wrigley Field and Dodger Stadium. Characterized as a "modern-style ballpark" it was built as one in a series of, baseball only, venues designed to breathe life back into the game of baseball.

Located in Anaheim, California it is the home of Major League Baseball's Los Angeles Angles. Situated on a 160 acre parcel, neatly tucked between I-5 and SR-57, the park provides access to the nearby Honda Center and Disneyland.

Having grown up in California and living north of Los Angeles, being able to see the ball park from the freeway made trips to and from the park much less of a challenge. It is a great location considering the hordes of people traveling on the LA freeways. 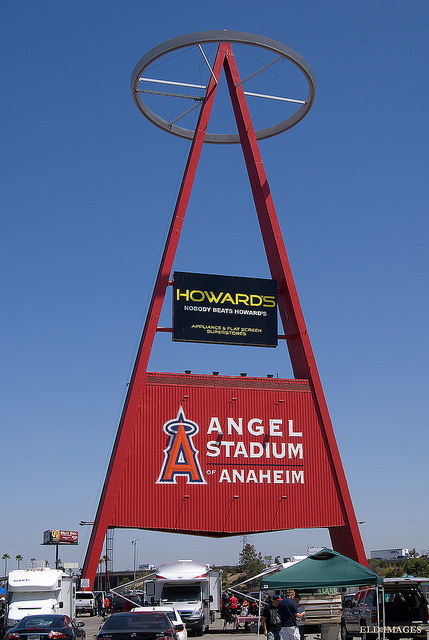 Anaheim Stadium's The Big "A"

Originally named Anaheim Stadium (1964-1997), it would be later be changed to Edison International Field of Anaheim (1998-2003). It now carries the official name of Angels Stadium of Anaheim representing its ownership by the City of Anaheim.

For most of us, avid, baseball fans the park will be forever known as The Big A, a nickname given in tribute to the 230' tall, 210 ton electronic marquee which originally served as the parks scoreboard supports. 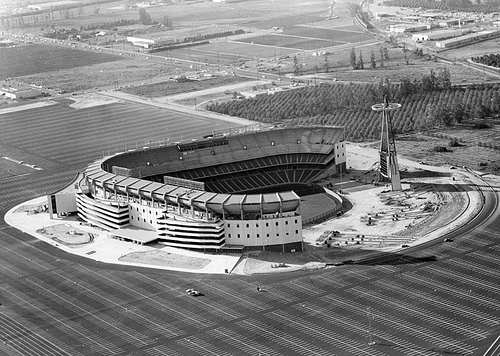 The name, Los Angeles Angels, has continued in honor of the early pioneers of West Coast baseball like Phillip K. Wrigley, Walter O'Malley and Gene Autry.

Feeling like second class citizens in that arrangement the Angels owners decided to build a new, Baseball Only, stadium as a new home of their team.

Baseball only stadiums have been a grand experiment by baseball owners and have been spawned by cries from Baseball fans to give back the intimacy of the baseball parks of old.

Baseball fans  have always loved the feeling of the close encounters with the players they loved. There is no better feeling than throwing down a blanket or setting up your tent along the fence and watching a afternoon baseball game, up-close and personal.

But for a Major League Ball Park, designed to hold 40,000 plus fans and costing hundreds of million dollars, intimacy has always been a challenge for owners and, at times, it seems almost insurmountable.

The cost of paying for that massive investment is daunting and almost every MLB stadium built needed more than just one suitor to generate the necessary cash.

Anaheim Stadium, like those before it, had to succumb to the Multi-use model. The Multi-use concept was built around the sharing of the space to get maximum use of the facility. Baseball and Football were the primary partners used because of the size of their fan base.

So starting in 1974 Anaheim Stadium would play host to a series of Football teams and games; 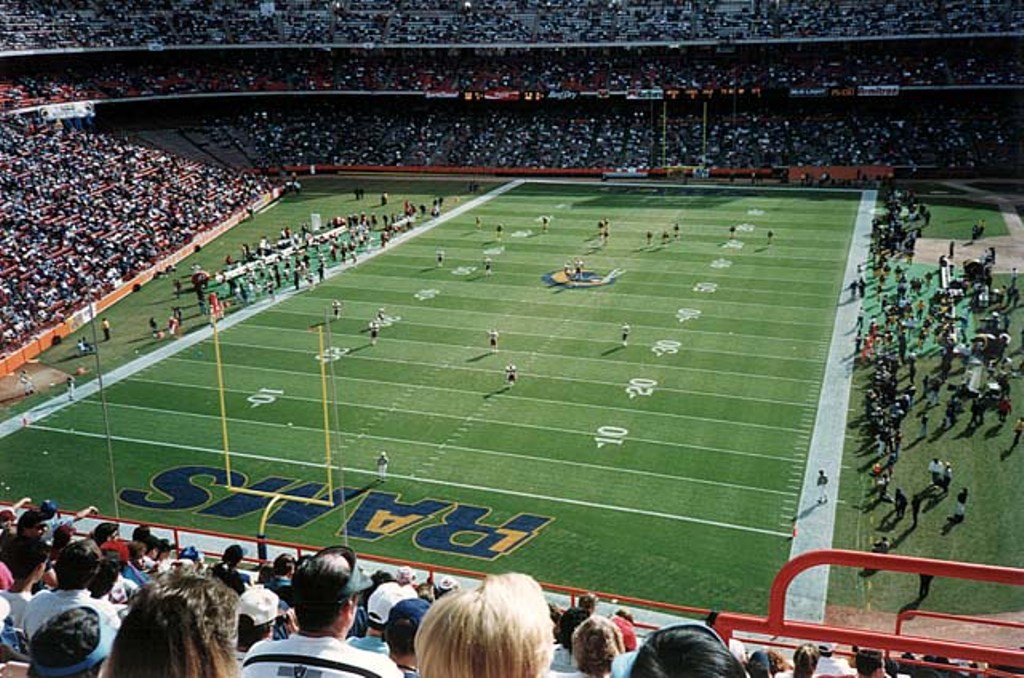 But Football fans are also clamoring for their own intimate space and we already see MLB Stadiums standing alongside NFL stadiums on the same piece of property. After all, the only reason for these investments is to get Fans into the stands. 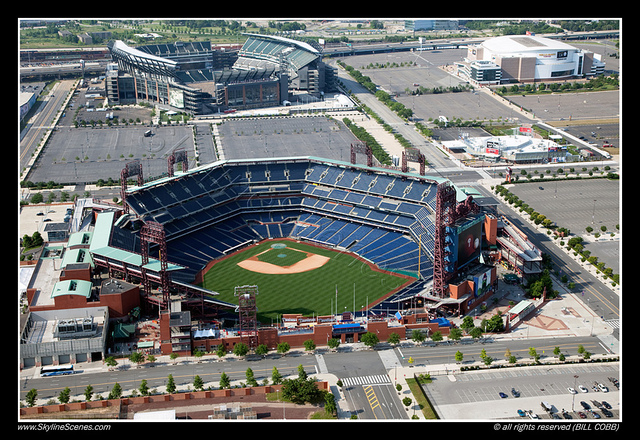 But Baseball-Only Stadiums Are Not Dead.

If, like me, you still long for that genuine Baseball Experience, worry not. Architects and Stadium Builders have heard our cries and there are a host of new, innovative, ballpark designs on the drawing boards.

There is a growing demand for Retractable-Roof Stadiums and designers are catering to the game of Baseball.

Marlins Stadium in Miami, FL. is a prime example of what is yet to come.