The Birth of The NABBP 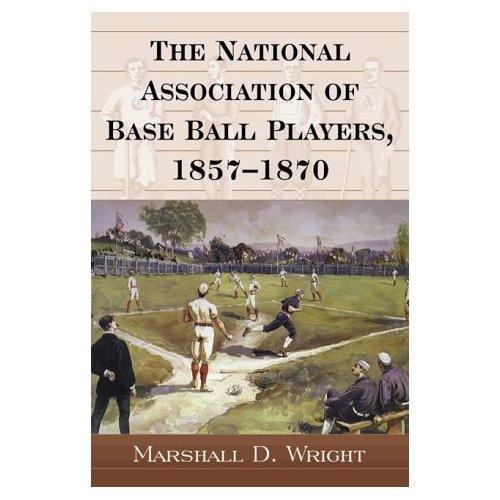 The NABBP (National Association of Base Ball Players) was the first organization formed for the governing of American baseball. Founded in 1857 the association's stated purpose was the formalization and the promotion of the game of baseball.

While its establishment marked the official birth of organized baseball in the United Stated it also brought with it a social illness that would start a firestorm of debates.

As early as 1845 the game of baseball was spreading like a virus. Men only, gentleman’s clubs, were springing up throughout the northeast in support of this new American sport. The number of clubs that formed baseball teams grew at a pace that out stretched the ability to effectively document teams and club activities.

Baseball was being played in back yards, city streets, open field or any spot where space could be found. It was spreading through every corner of American society with no regard for social status, group ethnicity or gender.

In 1857 baseball club owners held a convention in a New York Hotel that marked the formation of a ruling organization. That first meeting was attended by 14 New York teams and was headed by Danial L. Adams of the Nickerbocker Baseball Club.

The Knickerbockers Club and Alexander Cartwright memorialized the first set of rules for baseball played under, what was then called, “New York Style baseball”. These rules differed from similar games that were being played like Rounder, Stoolball, Old Cat, and Town ball.

Their influence was powerful as the Knickerbockers’ club was one of the best baseball teams in the northeast, making them a pretty cocky group. At the time the premium baseball teams were in New York and they were not afraid to boast about it.

This new organization would take on the responsibility of policing the playing rules, governing official scoring, scheduling match play and ensuring the integrity of the contests on the field. This task was a necessary progression in Baseball as the number of teams exploded throughout the US.

The rules forged by Alexander Cartwright and The Knickerbockers Club were the rules used to form this fledgling association.

The NABBP was initially formed as an amateur organization but baseball was rapidly growing into a professional sport. Amateur players were being paid for their services in spite of it being a violation of Association rules.

Heavily influenced by betting the Association took on the unenviable task of trying to control the practice of hippodroming which would ultimately affected the quality of play on the field.

The sixteen team conference of 1857 grew to over 400 by 1866. In 1870 a major riff developed between the amateur players of the  and professional players at that year’s convention.

Association officials investigated the Athletic of Philadelphia club for paying three players, one being Lip Pike, but no action was taken against the team or the player.

Because of that lack of action, 1871 would see the emergence of a professional association designed to separate professionals and amateur teams. That succeeding organization, known as the NAPBBP (“National Association of Professional Base Ball Players”) marked the end of the NABBP as an amateur association.

Early baseball was comprised primarily of young white males only.  As the game approached professional status and players were beginning to be paid for their services. Pay-for-Play grew into self protectionism and was heavily fueled by greed.

Baseball was turning into a cash cow as the Civil War strongly exasperated the social ills existing between blacks and whites.

Although whites and blacks played against one another during the 1860s the issue of black players in the NABBP came to daylight in 1867. The Pythians of Philadelphia Club, an African American Club, applied for membership.

In response to their application the nominating committee unanimously voted to bar any club with one or more colored (Black) players on their team. Blacks were officially bared from playing on any professional baseball team but the game itself was color blind.

The game of Baseball welcomed all comers and black players would not be denied. Negro League Baseball was born out of that senseless decision and it rapidly became the vehicle for blacks to showcase their extraordinary baseball talent and express their love of the game.

A Look Back in NABBP History

Teams with most wins;

The won-lost-tied records compiled by Marshall Wright (2000) are not consistently limited to matches between NABBP members.