Chase Field-Phoenix, Arizona
Too Hot Not To Put A Retractable Roof On It. 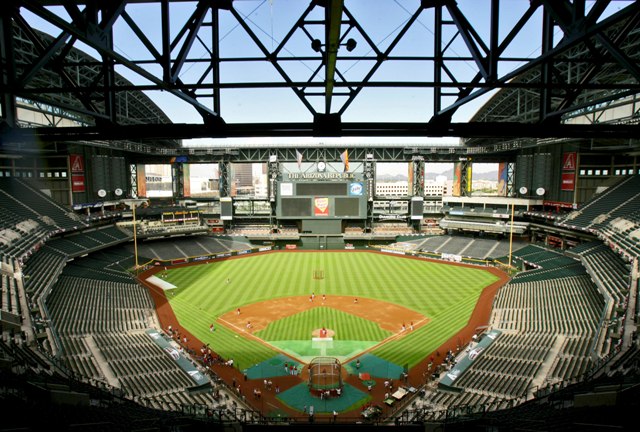 Chase Field was the first of the Retractable-Roof-Ballparks built in the United States.

It was Canada, however, that holds the distinction of hosting the first, MLB, Retractable Roof  Baseball Stadium.

It was marked with the building of The Rogers Centre, in Toronto, Ontario.

But this article is about Chase Field and it is the home of the Arizona Diamondbacks.

It opened in 1998 and located in the extreme heat of Phoenix, Arizona.

Chase is the only current Retractable-roof-ballpark offering that feature.

With average temperatures hovering around 99.1 (F) and regularly spiking over 100 (F) during baseball season, a retractable roof was an absolute must for this location. 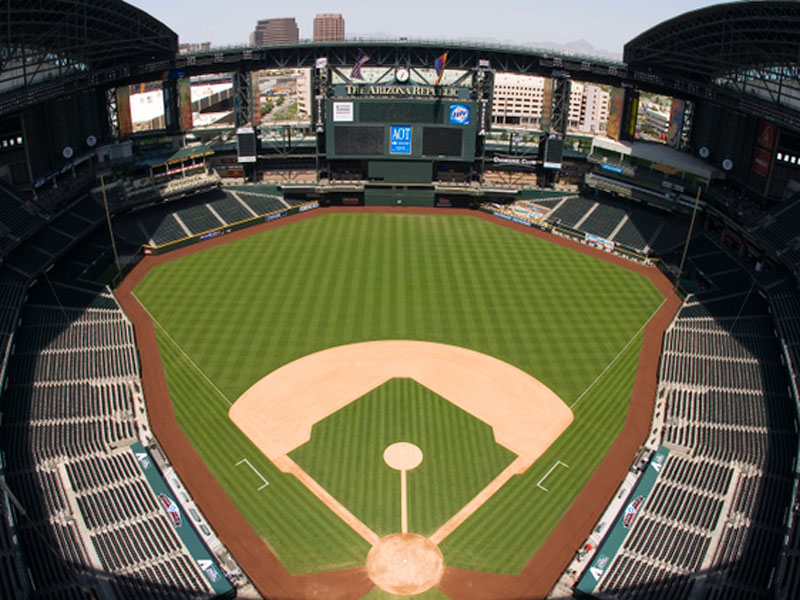 The Field itself hearkens back to the days of old with the distinctive dirt strip running between home plate and the pitcher’s mound. Although common in the early ballparks this strip is present in only one other modern baseball park (Comerica Park).

Built as a Baseball only stadium it was designed, from its inception, as a Multi-use venue. Like all of the Multi-Use parks before it Chase Field would play host to a variety of non baseball activities to help support its existence. 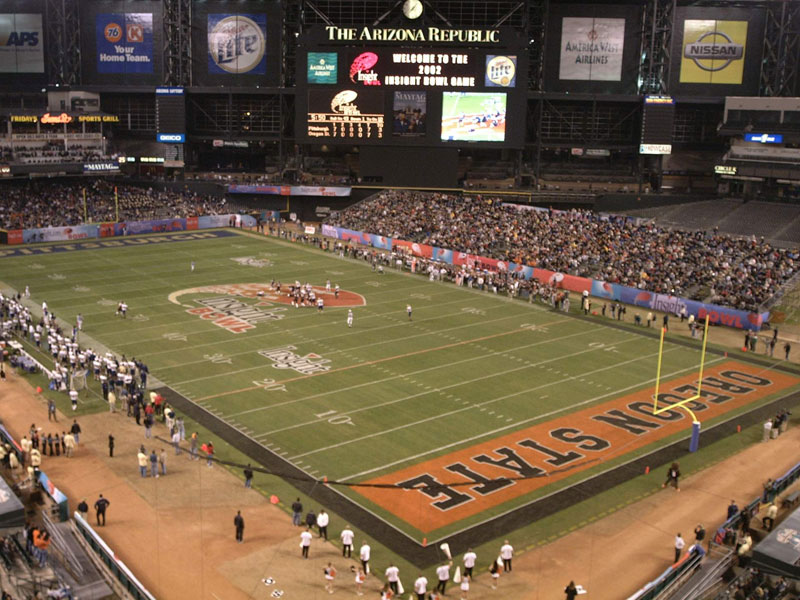 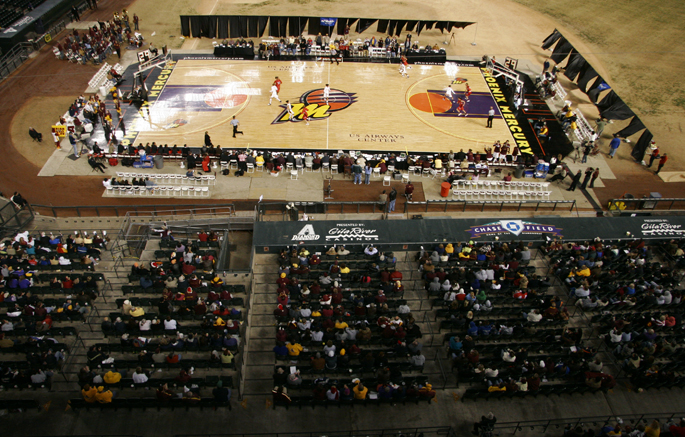 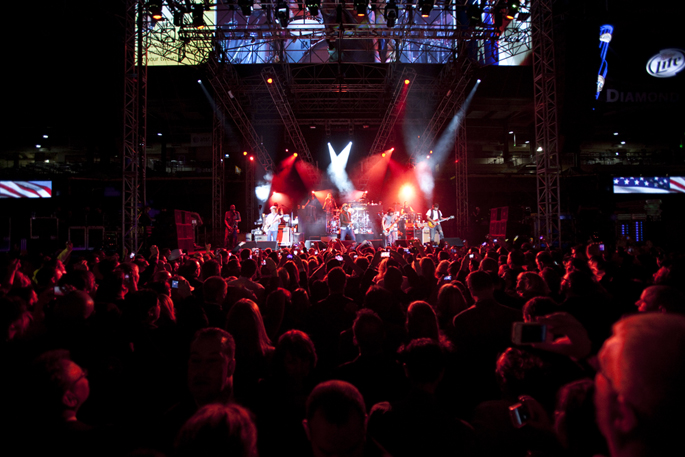 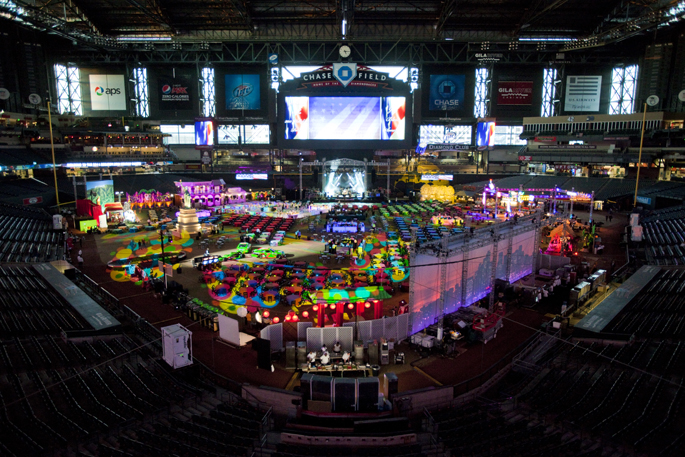 How Does The Retractable Roof Work?

Chase Field's Retractable Roof is an engineering marvel. Operating on the same principle and technology found in drawbridges and overhead traveling cranes, it is powered by two 200-horsepower motors. It uses more than four miles of cable strung through a pulley system that opens and closes the roof itself.

Each half of the roof is made of three movable trusses which telescope over a fixed end truss. Each side can operate independently allowing it to open to any position to maximize sunlight for the all natural turf.

The roof contains over 9 million pounds of structural steel and can be open or closed in slightly over 4 minutes. It is truly a highly engineered work of art that makes visiting Chase Field a cool and comfortable place to watch daytime baseball.

The construction of Chase Field started in 1996 and finished just before the beginning of the Diamondback's first season in 1998.

The stadium cost was originally estimated at $279 million in 1995 but by completion it soared to over $364 million.

Much of the funding for the stadium came from tax increases financed by tax payers. Not all of the tax payers agreed with the increases and their expression of discontent played out in a shooting that injured one of the County Supervisors.

Mary Rose Wilcox was shot and injured by Larry Naman, a homeless man, who disagreed with her support for the tax increase. Naman was found guilty of attempted first-degree murder and was sent to prison. 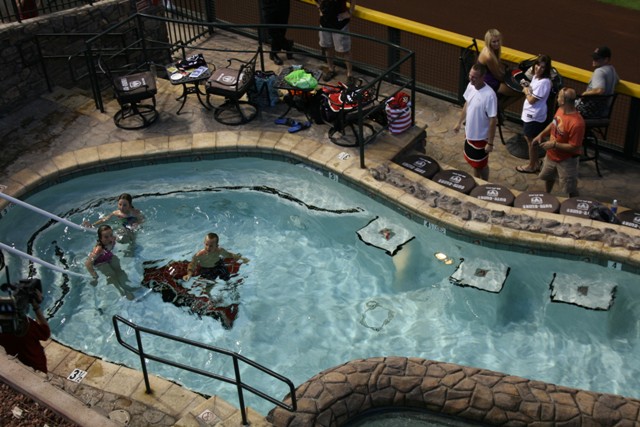 The key-mark feature of Chase Field is its Swimming Pool. The pool, however, is only available to those fans who purchase entry to the party suite which is where the pool resides.

At a cost of around $3500 per game it may be out of reach to many of the everyday Diamondback fans.

But if you like to eat at a baseball game, all of us do, the dining options are expansive. You will find an eclectic variety of options to tantalize your taste buds. 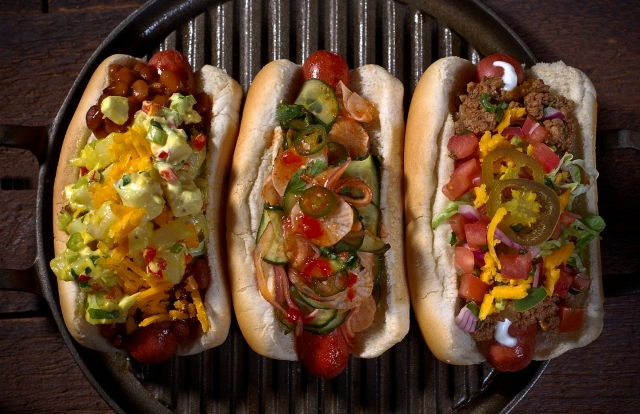 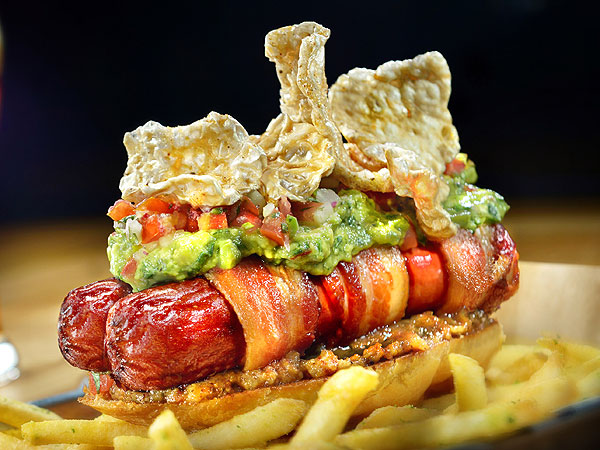 Thanks for visiting and go ahead and leave me a comment and let me know how I can make this site better.

Come back soon and visit some of the other Retractable Roof Ball Parks that have become so popular for Fans like You.