Oldest basebal park in the world 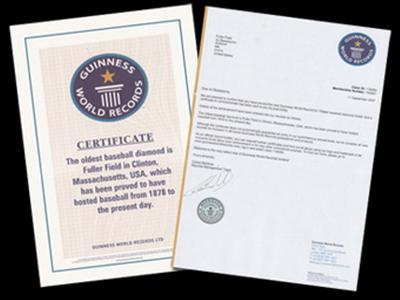 From; http://www.extraordinarytown.com/guinnessworldrecord.aspx, Clinton Massachusetts's Fuller Park, built in 1878, has laid claim to the title of the World's Oldest Continually Used Baseball Park In the World. 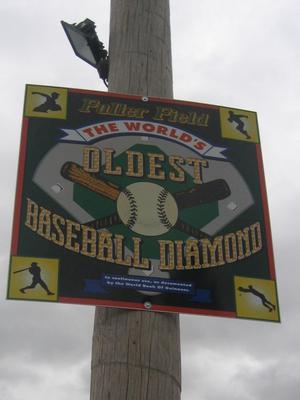 This title was, for years, was held by London, Ontario's Labatt Park because it actually starting play in 1877. However it was later discovered that home plate had been moved from its original location giving Fuller Field the title of Oldest continually used baseball park in the world. 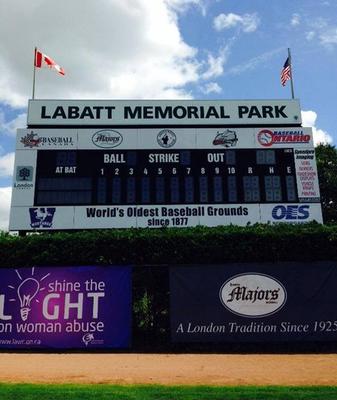 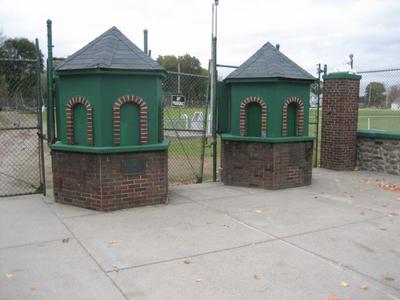 Whether it was Fuller Field or Labatt's Park, the history of the Baseball Field continues to evolve and the answer to many of history's questions really lies in how the question is asked.

Clinton, Massachusetts has the oldest continuously-operated park in the world. In 2004, author A. J. Bastarache decided to find the location of the 1878 Clinton baseball diamond described in documents as "The Grounds."
This Clinton baseball diamond was home field to future Hall of Famers Tim Keefe and Billy "Sliding" Hamilton. They were the greatest players in their day and pioneers of the game

Join in and write your own page! It's easy to do. How? Simply click here to return to The Oldest Baseball Stadiums!. 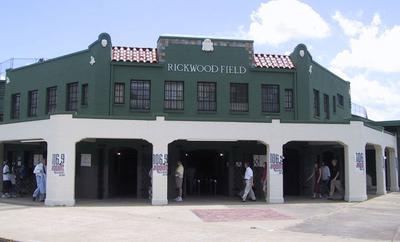 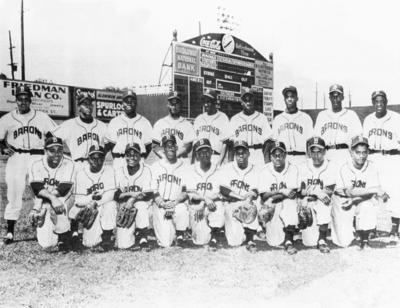 The Birmingham Black Barons played professional baseball for Birmingham, Alabama, in the Negro Leagues from 1920 to 1960 when the Major Leagues successfully integrated. They alternated home stands with the Birmingham Barons in Birmingham's Rickwood Field, usually drawing larger crowds and equal press. 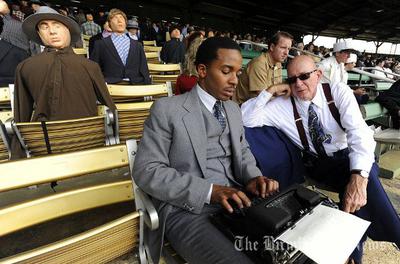 Rickwood Field played a staring role in the Jackie Robinson movie '42'. Actor Andre Holland (with typewriter) from Bessemer and extra Jim DeGraw of Blount Springs talk among a group of inflatables during shooting. Extra Eldon Ingram is in background. 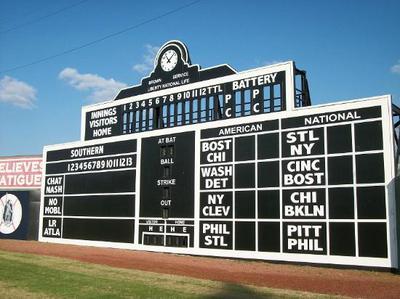 Today’s board has hand-operated functions, just like the original. Scores are dropped in by boys hanging out in the ballpark. And since it seemed appropriate to unite the old with the modern, the scoreboard has been updated with electronics to ensure the hard-to-reach analogue clock always shows the correct time.

Join in and write your own page! It's easy to do. How? Simply click here to return to The Oldest Baseball Stadiums!.